The fans at TD Garden will see the Washington Wizards and the Boston Celtics meet on Christmas Day.  Tip-off is at 5:30 pm EST and ABC will televise this game.

Oddsmakers opened the Celtics as -4.5-point favorites versus the Wizards, while the game's total opened at 204.5. The line has held steady and the total has went up to 206 with some scattered 206.5's.

The last time the these two squads played was Game 7 of last year's hotly contested Eastern Conference semifinals. Just like the regular season meetings between the teams, the whole series was a war from the start. Don't expect anything less today.

These two teams hate each other. After one regular season game police were in the hallway outside the locker room. An incident that saw Jae Crowder  trying to get to the Wizards' locker room. He was fined $25,000 and John Wall $15,000.

Washington's John Wall got ejected from a game for hitting Marcus Smart. Smart and Bradley Beal  were yelling at each other the next time they met. Beal got a well earned technical foul.

The Celtics won all six games, counting playoffs, at home, and lost all five in Washington. The Wizards have lost nine straight at TD Garden.

Celtics Retooled Roster has them Humming along

Boston won its last outing, a 117-92 result against the Chicago Bulls on December 23. The Celtics covered in that game as a -8-point favorite, while the 209 combined points took the game OVER the total.

The Celtics have only four players still around from that playoff series. Two of the players gone are Isaiah Thomas and Kelly Olynyk. They combined for 55 points in Game 7.

The Celtics had lost two straight. and gone just 4-5 over their last nine games, exploded in the second half to run away from the Bulls.

Washington won its last outing, a 130-103 result against the Orlando Magic on December 23. The Wizards covered in that game as a -12-point favorite, while the 233 combined points took the game OVER the total.

The Wizards scored a season-high 130 points in against the Magic and have won four of their last six.

Posted by Dirty at 12:43 PM No comments: Links to this post

Cavs and Warriors no Stranger to Xmas Day Battles

The Cleveland Cavaliers and the Golden State Warriors meet on Christmas Day at Oracle Arena. Tip-off is at 3 pm EST and will be televised on ABC.

Oddsmakers opened the Warriors as -7.5-point favorites versus the Cavaliers, while the game's total opened at 221. The line is down to Golden State -5 and the total has dropped to 217.

The Cavaliers and Warriors have met in the NBA Finals in each of the last three seasons. Golden State winning twice.

The Cavs followed up on their upset in the 2016 Finals with a 109-108 home win on Christmas Day last year. They overcame a 14-point deficit behind LeBron James' 31 points.

That came one year after the reigning champion Warriors battened down the hatches on the Cavaliers in an 89-83 victory in front of the home fans on Xmas Day 2015.

The Warriors were a 96-81 loser in their most recent outing at home against the Denver Nuggets. They failed to cover the -8-point spread as favorites, while the total score (177) made winners of UNDER bettors.

The Warriors may need to search for an addition to the lineup following Stephen Curry's ankle injury. They won their first seven games without Curry. They were held to a season-low 81 points and shot 3-for-27 behind the Arc by Denver Saturday night.

Patrick McCaw, who is replacing Curry, had no assists for the second straight game. That is virtually unheard of among NBA starting guards.

Curry does not appear to be far from playing. He warmup during Monday's pregame.  He is hoping to convince the "powers that be" he can be activated before the homestand ends on Saturday.

Is Thomas Finally on Court for the Cavs?

Last time out for Cleveland, they were a 115-112 winner as they battled the Chicago Bulls at home. The Cavaliers failed to cover in the match as a -10-point favorite, while 227 combined points moved the game OVER for totals bettors.

Cavaliers point guard Isaiah Thomas suited up for the first time this season. He participated in the warmups before Cleveland's win over Chicago on Thursday.

With Derrick Rose out with a sprained left ankle the Cavaliers have been starting veteran Jose Calderon at the point. Calderon was an emergency signing by the Warriors in their championship run last year. He received an in-season buyout from the Lakers.

Posted by Dirty at 12:05 PM No comments: Links to this post 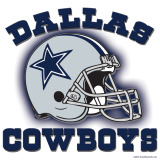 The playoffs start early for The Dallas Cowboys and the Seattle Seahawks. Fhese two 8-6 teams, today is basically be an elimination game. The Dallas Cowboys are at home and are listed as 2.5-point favorites with BetAnySports. The total for this 4:25 p.m. (ET) start on FOX from AT&T Stadium has been set at 47.

The Seahawks have dropped their last two games. They have lost both straight-up and against the spread. A road loss to Jacksonville before getting clobbered at home by the NFC West rival Los Angeles Rams have them reeling.

Sunday’s 42-7 defeat to the Rams as slight one-point favorites with BetAnySports. The shellacking dropped their record ATS this season to 5-8-1. Seattle has gone a costly 2-5-1 ATS in its last eight games.

To have any shot at salvaging their season with a win this Sunday, the Seahawks are going to need Russell Wilson playing at his MVP form. He has carried this team all year long.

He did not turn in one of those stellar performances against the Rams. Wilson only had 142 yards passing while completing 14 of his 30 passing attempts. He was taken to the turf seven times in that game for a loss of 71 yards.

Dallas Cowboys Have to Stop Wilson

Dallas is back on an upswing with a SU three-game winning streak. They went 2-0-1 ATS. It made things interesting on Sunday night in a tight 20-17 victory against Oakland. Bettors saw that game end as a PUSH on BetAnySports’ three-point spread.

The Cowboys are now 7-6-1 ATS with the total staying UNDER in six of their last seven games. They have failed to cover in four of their previous seven home games this year.

Dak Prescott has struggled with consistency over his past six games. Ezekiel Elliott was serving out his NFL suspension, but the two will be reunited in the starting lineup late Sunday afternoon. The Cowboys still ran the ball well in his absence. Prescott has now tossed five touchdowns against seven interceptions over his last six starts.

Both teams obviously need to win on Sunday to keep their playoff hopes alive, but with the Seahawks heading in one direction while Dallas heads in another, I am laying the 4-points with a play that the Cowboys win and cover ATS.

Get a 30% Bonus on Every Deposit at BetAnySports by mentioning Handicappers Hideaway!!!

Posted by Dirty at 12:08 PM No comments: Links to this post