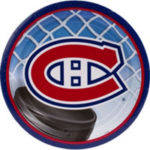 After winning only their second game in the past eight on Tuesday versus the Rangers, the Montreal Canadiens (32-20-8) hope to build on their recent victory against the other New York hockey club. Since firing head coach Michel Therrien and hiring Claude Julien, the Habs are 1-1.

Carey Price (2.44 goals against average, .918 save percentage), who had been in slump since mid-December, has returned to form in the last two games, posting a .936 save percentage. The Habs will rely on Price’s resurgence going forward, as the Canadiens have dropped to 12th in team offense (2.8 goals per game) and have scored more than two goals only twice in their last eight games.

The New York Islanders (28-21-10), meanwhile, have found their own resurgence since firing head coach Jack Capuano and replacing him with assistant general manager Doug Weight. Since the move, the Islanders have pulled themselves out of last place in the Eastern Conference, and have gone 11-4-2. They’re now tied with Florida and Boston for the final wildcard position in the East. Look for team captain John Tavares (22 goals, 28 assists) to lead his team offensively against the Canadiens (7:30 PM ET on SNE).