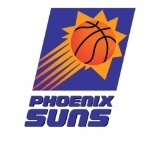 Bulls and Suns Headed in Opposite Directions

The Chicago Bulls and the Phoenix Suns meet on Friday night on ESPN. The contest is at Talking Stick Resort Arena and tips at 10:30 pm EST.

The Phoenix Suns were a 110-91 loser on the road against the Memphis Grizzlies. The Suns failed to cover the +7.5-point spread as underdogs. The combined score, of 201, was profitable news for UNDER bettors. The Suns are coming off a one-sided loss that ended ugly. The Suns are having an issue with ejected players. They had their third and fouth players to be ejected this season. Marquese Chriss and Tyler Ulis were ejected in the fourth quarter of this game for fighting.

The Bulls were a 123-92 loser as they battled the Golden State Warriors on the road. The Bulls failed to cover in the matchup as a +18-point underdog. The 215 combined points moved the game UNDER for totals bettors.

Jimmy Butler has missed 3 games in a row with a bruised heel.  There's potential good news on the immediate horizon. Butler participated in a scrimmage on Thursday. He felt good and hopes to be back in the lineup in Phoenix. Dwyane Wade also missed because of an upper respiritory infection.