Cincy travels to SMU in a Battle for AAC Top Spot 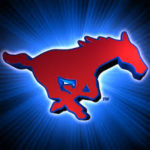 The Cincinnati Bearcats and the SMU Mustangs will be battling for the top spot in the AAC on Sunday when theymeet at Moody Coliseum-Dallas. Both teams are riding winning streaks. Cincy has a 15 game streak going, while SMU has a seven game streak on the line.

Oddsmakers opened the Mustangs as -4.5-point favorites versus the Bearcats, while the game's total opened at 124.5.

Last time out for Southern Methodist, they were a 66-50 winner as they battled the Temple Owls on the road. They covered in the match as a -7.5-point favorite. Semi Ojeleye had a career-high 30 points and 10 rebounds in SMU's victory over Temple on Thursday. SMU shot 37.9 percent from the field and made just 4 of 17 from beyond the arc. They amassed a huge 49-32 rebounding advantage and forced 16 turnovers to lead to the win.

Last time out for Cincinnati, they were a 60-50 winner as they battled the Central Florida Black Knights at home. They failed to cover in the match as a -12.5-point favorite. Kyle Washington logged his seventh double-double of the season in Wednesday's victory over Central Florida. He finished with 14 points, 11 rebounds and four steals. Jacob Evans had 11 points, six assists and four steals as well. Cincy won despite shooting 35.4 percent from the field and making just 9 of 29 3-pointers.