Duke Faces Syracuse Tonight on the Road in ACC Action 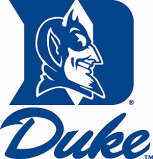 The Duke Blue Devils and the Syracuse Orange will make history on Wednesday when they meet at Carrier Dome. It will be the first time in D-1 history two coaches with 1,000 career wins face each other.  Mike Krzyzewski is the leader with 1,065 wins. Jim Boeheim is 2nd with 1,001 wins with an asterisk. That total includes 101 wins vacated by the NCAA because the Orange violated NCAA rules from 2004-07 and 2010-12.

Oddsmakers opened the Blue Devils as -4-point favorites versus the Orange, while the game's total opened at 149.

Syracuse was a 71-65 loser in its last match on the road against Yellow Jackets. They failed to cover the -4-point spread as favorites. Tonights game is also huge for Syracuse. The team is reeling with three consecutive losses that have put them on the NCAA Tournament bubble. They have played far better at home than on the road. They are 14-3 at the Dome and 2-9 on road or neutral courts. Duke is Syracuse's last best chance to notch a quality win for its tournament resume unless it makes a run in the ACC Tournament.

Duke was a 99-94 winner in their most recent outing at home against Demon Deacons. They failed to cover the -11.5-point spread as favorites. The Blue Devils have won seven straight games. They are 5-0 since Coach K returned after missing most of January following back surgery. Duke has overcome several obstacles this season. The list includes injuries to key players, Krzyzewski's absence, and the ongoing scrutiny of guard Grayson Allen's absurd conduct. The Dukies have pulled within one game of North Carolina in the ACC standings.