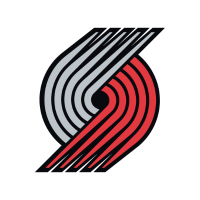 The Atlanta Hawks and the Portland Trail Blazers will meet on Monday when they meet at Moda Center. The game will be televised nationally by TNT and tip-0ff is scheduled for a little after 10:30 pm EST.

Oddsmakers opened the Trail Blazers as -3-point favorites versus the Hawks, while the game's total opened at 215.

Both these teams will be trying to get back on track Monday night. The Hawks have lost two of its last three games. That includes an excruciating 108-107 loss at Sacramento on Friday night. Tim Hardaway felt he was fouled on an attempted game-winning shot just before the final horn.  The Hawks failed to cover the -2-point spread as favorites, while the total score (215) made winners of OVER bettors.

Portland has dropped four of its last six games. They failed to cover the -3-point spread as favorites, while the combined score (231) was profitable news for OVER bettors. Portland's defense has been a problem most of the season. Lately it has taken an even further step back. In their last nine games, six opponents have scored 108 points or more. Five teams have shot 47 percent or better from the field.