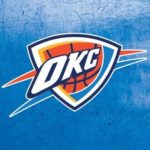 Thunder Coming Off Upset of Cavs

The fans at Chesapeake Energy Arena will see Kevin Durant return to OKC. The Golden State Warriors visit the Oklahoma City Thunder on Saturday night. The highly anticipated matchup tips off on Saturday night at 8:30 pm EST.  ABC Sports will televise the game.

The Oklahoma City Thunder had their biggest win of the season last game. They took on the defending NBA champion Cleveland Cavaliers. The Cavs had been riding a four-game win streak, before the Thunder pulled out the upset. None of that seemed to matter after the game. All anyone wanted to talk about afterward was the return of Kevin Durant to OKC and what the fan reaction will be.

Oddsmakers opened the Warriors as -7-point favorites versus the Thunder, while the game's total opened at 227.5.

The Thunder was a 118-109 winner in their upset victory over the Cleveland Cavaliers. They covered the -1.5-point spread as favorites, while the total score (227) made winners of OVER bettors. Another factor that could work toward the Thunder is that the Warriors are playing the second half of a back-to-back games after playing in Memphis Friday night.

Golden State was a 122-107 winner on the road against the Memphis Grizzlies last time out. They covered the -8-point spread as favorites, while the combined score (229) was profitable news for OVER bettors. Golden State won the first two games by an average margin of almost 24 points. They were both played in Oakland.