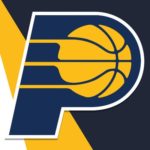 First Night of Back to Back For Cavs

LeBron James of the Cleveland Cavaliers and Paul George of the Indiana Pacers are both headed to the All-Star Game on February 19. But before that, these two will face off on Wednesday when the Cavaliers visit Indiana.

Bet on basketball at Bovada and get a 50% bonus.

James is going to his 13th All-Star Game. He is ranked in the top 10 in both scoring and assists, along with an average of 7.9 rebounds per game. He’s also second to the Toronto Raptors’ Kyle Lowry in minutes per game. This has to be a  is a bit of a concern. The Cavs should look to reduce that number in the second half of the season.

George is joining the All-Star team for the fourth time. He averages 22.5 points per game. He also is averaging 6.1 rebounds per game and 3.3 assists. As always he continues to bring top-class defense to the table. He’s made either the first or second All-Defensive Team in three of the last four years, and will surely be the primary defender covering James on Wednesday.

Cleveland is 6-4 SU in their last 10 games against the Pacers, but just 2-8 ATS. The Pacers won the first meeting of the season 103-93 at home as 3-point favorites, and will be an even bigger challenge on Wednesday, as they’re hot off seven straight wins.