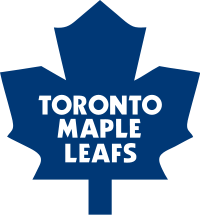 The New York Islanders and the Toronto Maple Leafs battle on Tuesday at Air Canada Centre. The Islanders have positioned themselves to challenge for a playoffs spot, and it may be the Maple Leafs spot they get.

Oddsmakers opened the Maple Leafs as -128-moneyline favorites versus the Islanders, while the game's total opened at 5.5.

In their last action, Toronto was a 3-1 loser at home against the Buffalo Sabres. Bettors on Buffalo at +156 on the moneyline collected their winnings from that game, while the total score (4) sent UNDER bettors home happy as well. Toronto has lost six of its past eight games. They lost 3-1 to the Buffalo Sabres on Saturday and 2-1 in overtime to the St. Louis Blues on Thursday.

In their last action, New York was a 5-1 winner at home against the Colorado Avalanche. Bettors on New York at -201 on the moneyline collected their winnings from that game, while the total score (6) sent OVER bettors home happy as well. The Islanders defeated the Maple Leafs 6-5 in overtime in Brooklyn on Feb. 6. They overcame Toronto leads of 4-2 and 5-4.