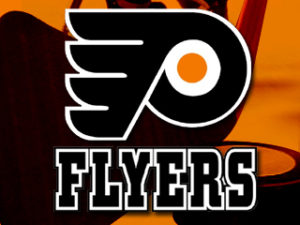 They might play in the Metropolitan Division now, but the New York Islanders and Philadelphia Flyers will always be remembered as Patrick Division rivals under the old format. They’ll meet again Thursday night (7 PM ET, NBCSN) at the Wells Fargo Center in Philadelphia; the Flyers have already beaten the Islanders twice in New York this season, each by a final score of 3-2.

Bet on hockey at Bovada and get a free 50% bonus.

This has been a year to forget for both clubs, but as long as the NHL keeps handing out points for “overtime losses,” there’s still plenty of time to make a playoff run. The Islanders (23-18-10) are doing just that, winning seven of their last 10 games – and losing twice in overtime. One of those losses was against the Flyers (26-21-7), who have been up-and-down all season; they’re one of the league’s worst teams against the puck line at 22-32 ATS and minus-15.04 units.

Both clubs should be well-rested after taking Tuesday and Wednesday off. The projected starting goaltenders are Thomas Greiss (.921 save percentage) for New York and Steve Mason (.900 SV%) for Philadelphia. It’s a mismatch in goal, but Philly’s No. 2 netminder, Michal Neuvirth (.893 SV%), is having his worst season since joining the league in 2008.
Get your NHL odds at Bovada today.