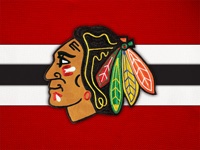 Two of the better teams in the Western Conference will meet this Saturday (7 PM ET, WGN) when the Chicago Blackhawks host the Edmonton Oilers. The Blackhawks sit comfortably in second place in the Central Division, while the Oilers are in good shape for an automatic playoff berth in the Pacific – their first playoffs in over a decade.

Bet on hockey at Bovada and get a free 50% bonus.

The Hawks are no strangers to the postseason. They’ve won three Stanley Cups since Joel Quenneville took over as head coach in 2008; this year’s team is third on the Cup futures market at +700, featuring the 1-2 goaltending punch of Corey Crawford (.918 save percentage) and Scott Darling (.927 SV%). However, Chicago could be overvalued in this spot, with mediocre results in the Corsi and Fenwick advanced stats.

Edmonton is a Top-10 team in both those categories. The Oilers (+2000) have been playing in relative anonymity ever since losing Game 7 of the 2006 Stanley Cup Final to the Carolina Hurricanes, but their collection of high draft picks is finally paying off. The first overall pick in 2015, center Connor McDavid, is already an All-Star. But even with his help, there’s a chance that goalie Cam Talbot (.920 SV%) could burn out after starting nearly every game.
Get your NHL odds at Bovada today.