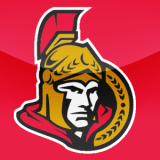 Blackhawks Look to Hold off Senators

Sitting second in the Atlantic Division, the Ottawa Senators (29-19-6) will look to capitalize on a Devils team that finds themselves in 12th place in the East. The Senators are eight points out of a playoff spot. The Sens are coming off of a 3-2 loss to the Buffalo Sabers on Tuesday night. But following the return of their starting goalie, Craig Anderson (2.37 goals against average, .926 save percentage) and another dominating offensive season from defenseman Erik Karlsson (8 goals, 38 assists), Ottawa will lean on their stars as they attempt to regain their winning stride against the Devils.

The New Jersey Devils (24-22-10) are coming off of a 3-2 win against the last-place Colorado Avalanche. The Devils are 1-1 following their league-mandated bye week and sport a 5-4-1 record over their last 10 games. New Jersey has been mediocre this season. As they’re currently 29th in team offense (2.27 goals scored per game). They 17th in team defense (2.82 goals against per game). They’ll depend heavily on goaltender Cory Schneider (2.66 goals against average, .912 save percentage) to keep the Sens off the board and give their offense a chance to score.