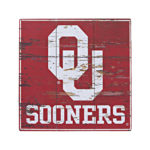 The fans at Lloyd Noble Center will be treated to a Big XII matchup between the West Virginia Mountaineers and the Oklahoma Sooners on Wednesday night. Game time is 9 pm EST.

Oddsmakers opened the Mountaineers as -9-point favorites versus the Sooners, while the game's total opened at 156.

Oklahoma was a 77-69 loser in its last match on the road against Red Raiders. They failed to cover the +6-point spread as underdogs.

Jordan Woodard took over the game the las time the Sooners' played West Virginia. The senior point guard had 20 points, five assists, four rebounds and four steals in Oklahoma's 89-87 overtime upset of the then-No. 7 Mountaineers in Morgantown on Jan. 18.

In their last action, West Virginia was a 82-75 loser at home against Cowboys. They failed to cover the -10.5-point spread as favorites. The Mountaineers have forced a Division I-best 22.26 turnovers per game this season. More than 3.5 turnovers per game better than No. 2 Fordham. No other major-conference team is within 5.5 of the Mountaineers' number.