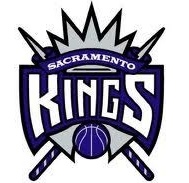 Cousins Back After One-Game Suspension

The fans at Golden 1 Center will see the Atlanta Hawks and the Sacramento Kings face-off Friday night.  The Kings welcome back DeMarcus Cousins to the lineup on Friday night after a one-game suspension. Cousins temper is up and down and causes erratic play for the Kings.

Oddsmakers opened the Hawks as -1.5-point favorites versus the Kings, while the game's total opened at 210.5.

Sacramento was a 108-92 winner in its last match at home against the Boston Celtics. They covered the +8.5-point spread as underdogs, while the total score of 200 sent UNDER bettors to the payout window. The Kings' pattern has been to follow up a good game with a bad one. A perfect example is Monday's loss at home to Chicago, the one in which Cousins earned two more technical fouls and his suspension, when they trailed by 27 points two nights after beating the two-time Western Conference champion Golden State Warriors as only the latest example.

The Hawks were a 117-106 winner in their most recent outing at home against the Denver Nuggets. They covered the -3.5-point spread as favorites, while the total score (223) made winners of UNDER bettors.  The Hawks have lost by at least 20 points in each of their past three losses, all of them coming after a victory. Atlanta hasn't lost two in a row since a seven-game skid early in the season. With that being said, they have only one winning streak of longer than two games since then, too.