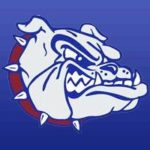 Will Zags Get First Test of Season Today?

The Gonzaga Bulldogs and the Saint Mary's-California Gaels will battle on Saturday when they meet at McKeon Pavilion. This game will decide the West Coast Conference Championship most likely. It could shake the national basketball landscape as well if the Gaels can pull off an upset.

Oddsmakers opened the Bulldogs as -4-point favorites versus the Gaels, while the game's total opened at 131. The total now is at 133.5.

Saint Mary's-California was a 51-41 winner in their most recent outing at home against the Portland Pilots. They failed to cover the -24-point spread as favorites. Saint Mary's returns every key member of the team that beat Gonzaga 70-67 the last time the teams met in Moraga. All nine Saint Mary's players who saw time in that game are back this season. That was before 6-foot-11 center Jock Landale was a prominent contributor. He leads the team in both scoring (15.7) and rebounding (9.5).

Gonzaga was a 90-60 winner in its last match on the road against the Loyola-Marymount Lions. They covered the -17-point spread as favorites. Gonzaga has won its 13 conference games by an average margin of 25.8 points and none was closer than 10 points. Saturday's game is the biggest remaining obstacle to Gonzaga completing an undefeated regular season.